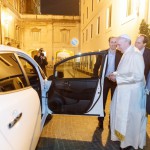 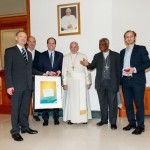 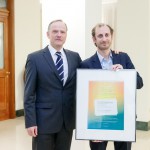 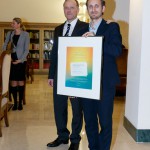 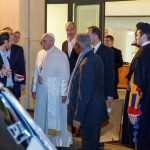 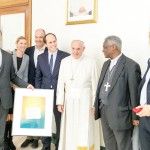 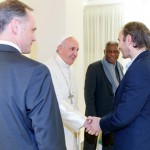 Pope Francis  turns into electric cars. The Pope has  received the gift for his 80th birthday by the German group Wermuth Asset Management GmbH, with the collaboration of the Italian technical partners DriWe Srl, an innovative start-ups operating in Electrical mobility sector.

“The news that the Pope is beginning to use 100% electric car is important for the whole world. He sets an example to follow for other heads of state all around the world. “,  says the creator and promoter of the project Jochen Wermuth, CEO of the German group.

The declared objective of producing a feasibility study for bringing the Vatican to be the first country in the world powered entirely by renewable energy and to use a 100% electric mobility seems really achievable in a short time; “Honored to have been able to contribute to this brilliant initiative which could turn to electric conversion of the complete fleet of vehicles of the Holy See,” says Luca Secco, CEO DriWe. The electric car is equipped with a solar panel to keep the interior cool while parked and loaded through an intelligent column, that can be managed by smartphone, which will load an EV in about one hour, the time of a Mass.

Benedict XVI has also installed on the roof of the House of hearings designed by Nervi 2,400 photovoltaic modules that produce electric energy that would be enough to cover the needs of a hundred families.

These interventions not only have moral advantage, but they also provide economic and environmental benefits for the whole world.

This perspective is perfectly in line with the praise so, the encyclical in which Pope wrote that “it’s urgent and imperative to develop policies so that in the coming years, the emission of carbon dioxide and other highly polluting gases is reduced drastically, for example by replacing fossil fuels and developing renewable energy sources. “